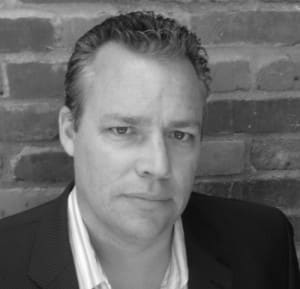 At PitchFest, anything can happen. Lives can change in less than three minutes. When Daniel Ames met Scott Miller from Trident during PitchFest, he was staring at his dream agent. Little did Dan know that shortly after ThrillerFest ended, he would sign with Scott. Although things happened fast when Dan met Scott, it’s the preparation that Dan did beforehand…

At PitchFest, anything can happen. Lives can change in less than three minutes. When Daniel Ames met Scott Miller from Trident during PitchFest, he was staring at his dream agent. Little did Dan know that shortly after ThrillerFest ended, he would sign with Scott. Although things happened fast when Dan met Scott, it’s the preparation that Dan did beforehand that made his pitch sizzle. Dan’s story is an excellent example of how honing your pitch can help you land the big fish!

I have been a writer and a creative director at various advertising agencies for more years than I would care to admit. Over the course of my career, I have presented to just about every type of audience you could imagine; drunk, indifferent, hostile, arrogant, bored, sleepy, over caffeinated and just plain rude. In fact, early in my career, I worked for a creative director whose favorite move was to grab a proposed script for a television commercial and pretend to wipe his ass with it.

As I moved up the ranks, I found myself on the other side of the table more and more frequently. Young creatives presented their campaign ideas to me. Believe me, having people present to you, instead of the other way around, is a great learning experience. One truth became readily apparent: the more elaborate and flashy the presentation, the more often an original idea was lacking. The people who are enthusiastic but straightforward, who let the work speak most loudly, are usually the ones with the best ideas.

So when I signed up for PitchFest, the event held during ThrillerFest in New York where aspiring writers can pitch big-time agents face-to-face, I felt fairly confident in my ability to pitch my book. In fact, when my teenage daughter saw the schedule for ThrillerFest and noted that I had circled the session run by Jon Land and Kathleen Antrim about how to pitch agents, she looked at me.

Like taxes and the arrival of a rejection letter after a rough day at work, the hubris of the teenage years is something you can always count on.

“Well, this is kind of different,” I said. “Besides, maybe I’ll learn something. You never know.” She shrugged her shoulders. I could read her expression. Boy, he really doesn’t get it.

Of course, the class was fantastic. Jon Land was hilarious. Kathleen Antrim brilliantly rewrote several volunteers’ pitches on the spot.

And I realized that in an effort to keep my pitch simple, I had probably oversimplified. I knew I had a little more room to expand exactly what was at stake for my protagonist, a key point that Jon and Kathleen hammered home in their class. So before and after my CraftFest classes, I worked on my pitch. I took a break to have drinks with a friend, the talented author Hilary Davidson, before going to a ThrillerFest cocktail party, hosted by Grand Central Publishing. After the cocktail party, I went back to my room and worked. I had several variations of the pitch and after an hour or so of reading them out loud in my hotel room, I settled on one.

The next morning was a blur of coffee, more classes, and the feeling that the real ThrillerFest, the one I had come to New York for, was about to begin.

A bit later I was standing in line outside the hallway to the rooms where the agents were getting settled. It felt a little like the scene in Mad Max where the rebels storm the fortress.

The doors opened and we surged forward like a rogue Weight Watcher’s group hitting a Chinese buffet. I got in line for an agent who turned out to be my toughest pitch of the day. She was nice, but the poker face was on. She asked me a couple of pointed questions about the length of the manuscript, the main character’s arc and then requested the first three chapters.

I pitched a few more agents and they were, without exception, positive, friendly and supportive. Every agent I pitched asked to see at least the first few chapters.

By now, I was relaxed, in the groove and ready to swing for the fence.

It was time pitch the agent whose name on the PitchFest list really prompted my whole trip to ThrillerFest in the first place.

One of my favorite authors, Mark Greaney, wrote a fantastic thriller called THE GRAY MAN. Another writer, Stephen Jay Schwartz, wrote a great crime novel called BOULEVARD. And one of my all-time favorite writers, Robert Gregory Browne, had just unleashed his amazing book DOWN AMONG THE DEAD MEN. Along with other great writers like J.T. Ellison, Marcus Sakey, Patricia Smiley, Alexandra Sokoloff and many, many others, they share one thing in common.

They have the same agent.

Scott Miller of Trident Media Group was the agent at the top of my list. For a long time, it seemed like every book I read that blew me away had a big thank you in the acknowledgements to Scott Miller.

Although I made a half-hearted attempt not to listen to the people pitching before me, I did overhear a few words from Mr. Miller. I heard “No thanks,” several times. I heard “Not for me.” And I believe I even heard “Boy, that’s cliché.”

I immediately liked the guy, just from those responses. No bullshit. No long-winded speeches. No overly sympathetic hand-holding. Not mean, just honest.

I sat down and told him that every good book I had read recently seemed to be written by one of his clients. I don’t know – maybe a lot of people said that. I didn’t care. It was the truth.

Then I pitched him. I was relaxed. I was confident. And I was even able to step back for just a brief moment and savor the situation. I was face-to-face with a great agent.

Now, I’ve been known to have a wee affection for sarcasm. The downside, of course, is that I’ll occasionally see sarcasm in others where none was intended.

Scott must have seen the look on my face.

I mumbled a thank you and I believe we talked a bit more although what we discussed is still a bit hazy. The buzzer rang, signaling the end of the three-minute pitch session, and it seemed to match the odd humming going on in my brain.

I pitched a couple more agents, but the adrenaline was wearing off. When PitchFest was over, I went back to my room, cracked a beer (okay, maybe two) and sent my book off.

A few weeks later, I officially became a client of Scott Miller and the Trident Media Group.

I don’t know if my book will sell to a publisher or not.

But one thing I know for certain.

I am a big fan of ThrillerFest, and PitchFest in particular.

Daniel Ames is an author living in Michigan. His award-winning short crime fiction has appeared in A Twist of Noir, Orchard Press Mysteries, HandHeldCrime and The Drowning Machine. He occasionally blogs over at his website: amestokill.com.