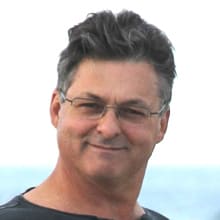 Thanks to Thrillerfest and some very extraordinary agents and authors who attended, my novel Cut and Cover will be available from Skyhorse Publishing through major retailers for the Fall 2015 season. I will be pitching the sequel to agents at ThrillerFest X. When I walked into the Grand Hyatt…

Thanks to Thrillerfest and some very extraordinary agents and authors who attended, my novel Cut and Cover will be available from Skyhorse Publishing through major retailers for the Fall 2015 season. I will be pitching the sequel to agents at ThrillerFest X.

When I walked into the Grand Hyatt in NYC, I sensed this event was on a professional scale I previously had not imagined. Here were the best of the best just walking around like ordinary people and willing to talk to me.

I was petrified, though it seemed those around me couldn’t tell. At the time, I had been writing fiction for twenty years. A couple of my short stories were published in literary journals. I had completed several novels and had sent them to hundreds of agents with very little success. I even fell for the scam of paying an agent to read one of them (never do this).

Then I met Donald Maass, Jon Land and Steve Berry. Something happened in those moments with these gentlemen. My entire perspective and philosophy on writing changed.

Do you want to get published or, at the very least, turn your novel into a professional level piece? It’s very simple but involves hard work.

First, I suggest you speak with Jon Land and learn how to condense your 300 or so pages into one 20 word sentence. He is the master of this pitching style. If you do this, you will find that you probably don’t know what your novel is about, or do but can’t put it into words. I couldn’t. Once you understand this, then you can talk to agents without mumbling and stumbling.

Next, attend as many CraftFest classes as you can and especially listen to what Steve Berry says about using the word “He” instead of the protagonist’s name. You will want to learn what Steve says about writing and rewriting. If you are not willing to do this, then I would have some coffee, enjoy lunch, buy a couple books, and go home.

Lastly, and for me the most important, was buying Writing the Breakout Novel by Donald Maass. It is the single most important reason my novel was purchased by a NYC publishing house. It is now my bible. I have read and reread it and scribbled notes all over the thing. When I began writing the sequel to Cut and Cover, I reread Mr. Maass’ book and it set my goals for tension on every page, stakes, and plot. If you are fortunate enough to attend his class, don’t forget to ask Donald what he means by making the “next worst thing happen”.

Kevin Hurley lives in the Catskill Mountains in New York and can be reached at www.silkreel.com