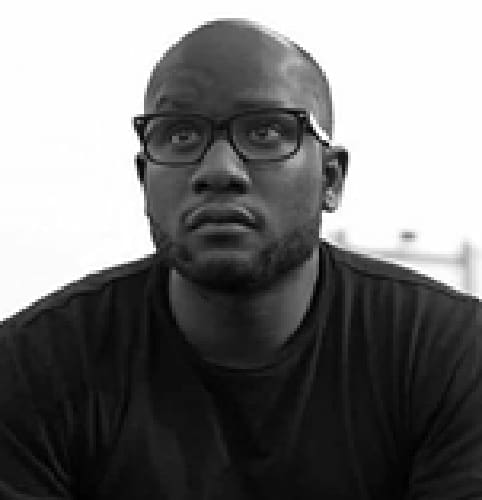 Most published authors know that a career doesn’t form overnight. It takes years to build. Sometimes, it takes decades before receiving a publishing contract. It means patience and tenacity and playing the long game. If you’re one of the writers in the struggle who never considered giving up, then I suspect you’re in the minority.

Most published authors know that a career doesn’t form overnight. It takes years to build. Sometimes, it takes decades before receiving a publishing contract. It means patience and tenacity and playing the long game. If you’re one of the writers in the struggle who never considered giving up, then I suspect you’re in the minority. For many published and unpublished writers that I know, contemplating giving up is a rite of passage, but choosing to forge ahead can make all the difference. It can lead to life-changing opportunities, as it did for me.

In 2010, I was twenty-seven and had published my first novel, THE SCIENCE OF PAUL, with New Pulp Press—a small independent publisher based in Colorado. Back then, it was run by Jon Bassoff, a lover of pulp and crime fiction, and a superb noir and horror writer in his own right. Bassoff published an eclectic mix of authors, including Roger Smith, Les Edgerton, Dave Zeltserman, Jake Hinkson, Lynn Kostoff, and other seasoned and debut novelists. I was proud to be a New Pulp Press author, and considering THE SCIENCE OF PAUL didn’t garner much interest from agents or large publishing houses, I was grateful Bassoff recognized my budding talent and gave my novel a home. I followed up THE SCIENCE OF PAUL with A HEALTHY FEAR OF MAN, and then I stopped writing. I prefer to say I stopped, rather than quit because writers don’t ever cease creating stories, even if those stories only live in their heads. But like many millennials, I had student loans to pay and worked a minimum wage job.

In 2014, I was living paycheck-to-paycheck, and times were tough. I needed a career that would put food on the table and keep the bills paid. I turned to law enforcement, specifically the Los Angeles Police Department. Having family members in law enforcement, I was familiar with the job—the stress, the long hours, the sacrifices, and politics. And despite all of that, I still felt led to join the LAPD. I figured I’d return to writing when time permitted. Maybe after my first year, once I was out of my rookie boots and squared away. But an injury ended my time in the police academy, and I was sent packing. I was worst off than when I went in.

I took a position as an ESL instructor at a private college in Rancho Palos Verdes, and at night, I drove B-list celebrities around Hollywood. I was convinced my detour into law enforcement had derailed my fledgling writing career, but I returned to writing anyway because it was the only thing that kept me grounded and offered comfort, and I didn’t know what else to do. Three months out of the academy, I completed the first draft of my third novel, THE FURIOUS WAY. It would be a few years before I’d see the novel published with Shotgun Honey, an imprint of Down & Out Books. Shotgun Honey also obtained the rights to my first two novels and released them in 2018, a year before THE FURIOUS WAY was published. THE FURIOUS WAY was a pulpy stand-alone; it was a palate cleanser, a way to get the taste for writing back. But the novel I knew I needed to write—I was compelled to write—was THE COLOR OF AUTHORITY.

The novel forced me to reflect on my time in the police academy. I was the only Black male recruit in the July 2014 class. When I entered, cities across the country were experiencing protests over the deaths of unarmed Black men at the hands of police. People were and still are demanding police accountability and reform. I revisited the reasons I joined. Despite it being an unpopular decision among friends and some family, I was convinced that having more Black police officers on the force could bring about change, and I wanted to be apart of that change. Writing THE COLOR OF AUTHORITY would prove to be a cathartic experience, and in late April 2020, I completed the final draft. A few weeks later, I began submitting the novel to agents. I received requests for the partial and full manuscript, but nothing materialized into an offer of representation. The publishing industry, like many industries, is built on relationships, and I knew conferences were a great opportunity to connect with fellow authors, meet fans, and engage with agents. Before the onslaught of COVID-19, I had no plans to attend ThrillerFest since I had recently become a father and needed to stay close to home. Since COVID-19 required conferences to be held virtually, it meant I could attend from my home office.

In June, I learned about the ITW Black Writer Scholarship Program sponsored by Polis/Agora books from the Crime Writers of Color group. I applied for the scholarship, and I was granted two consultations and three pitch sessions. The consultations and sessions were great—informative and enjoyable. I received positive feedback during my pitches, resulting in manuscript requests from editors and agents. One of those agents was Gina Panettieri of Talcott Notch Literary Services. A few weeks after sending Gina my manuscript, she emailed me, and later we had a phone conversation. Gina was passionate about the story and where the character could go; she was eager to get the manuscript in the hands of editors and had already put a sub-list together. I signed with Gina, and she began submitting the manuscript. After a month, we began to field multiple offers. The book went to auction, and I accepted a two-book deal from Liz Pearsons at Thomas & Mercer.

While my road to major publication wasn’t smooth, and there was a time I contemplated stopping, I can truly say that the struggles and rejections prepared me for success. I was lucky enough to receive thorough rejection letters that offered critiques and provided me with insights into improving the novel. I attended consultations with editors and agents through The Manuscript Academy. I did everything I could to get the novel to as many people as possible. And sure, some rejections were canned and others needlessly biting, but I didn’t let that deter me because I knew there was a place for my novel in the pantheon of publishing. I had faith because I knew the story was needed, especially during these tumultuous times. If I were to advise writers new to the profession and those who may be considering throwing in the towel, it would be to keep at it. If you believe in it—write it. There is a place for all voices in publishing, and under no circumstances should a writer ever make concessions for who they are and the stories they want to tell. If a writer does that, they only diminish their voice and deny readers an opportunity to read a story they may hunger for, which is far worse than quitting.

Aaron Philip Clark is an educator and crime fiction author of three novels and the forthcoming, THE COLOR OF AUTHORITY (Nov. 2021, Thomas & Mercer). To learn more about Clark and his writings, please visit his website.