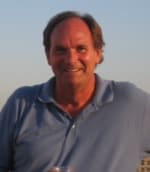 This past July I attended my first ThrillerFest. I went in with a game plan that proved ineffective, but for reasons that I had not anticipated, ended up with an agency contract.The initial idea was to get an agent for a military thriller that I felt very strongly about—still do—and had carefully revised over many years. I’d had several “almosts” following numerous…

Prepare for Contingencies and Adapt Quickly

This past July I attended my first ThrillerFest. I went in with a game plan that proved ineffective, but for reasons that I had not anticipated, ended up with an agency contract.

The initial idea was to get an agent for a military thriller that I felt very strongly about—still do—and had carefully revised over many years. I’d had several “almosts” following numerous query mailings, and while HONOR CLEAN was set during the tail end of the Vietnam War, an era supposedly not popular with publishers, I still thought it offered a sufficiently unique angle to warrant a look.

So, for PitchFest I prepped a short and pithy pitch for a carefully selected lineup of agents with a history of representing military-themed novels. The first person on my list was already in possession of my manuscript, his reader having requested it after reading a partial I’d sent several months earlier. Sitting before him with high expectations, I was told in short order that my work, while admirable, was a no-go because of the post-Nam setting, despite the recent success of MATTERHORN by Karl Malantes. I thanked him for his candor, got up and, with clearer eyes, reconsidered my plan of action.

My instincts told me that the others on my list, while not as brutally direct, would say the same thing. I’d lived with the book so long that I’d become blind to the practicalities of the publishing business.

One of the first things a Marine officer learns is to prepare for contingencies and be able to adapt quickly and decisively when things go wrong, as they inevitably will. Prior to coming to New York, I included in my notebook a written pitch for a different manuscript. THE DIRTY BOOK MURDER was in a completely different genre, but it suddenly seemed clear that my chances for success were greater pitching a bookstore mystery set in the present than a military thriller concerned with events forty years ago.

Standing in line for the next agent on my list, I read the opening line of the synopsis:

The two sentences seemed to be the beginning of an enticing series. I trashed my original list and looked for agents I thought might appreciate a biblio-mystery that wasn’t a cozy. Of the fourteen to whom I pitched that afternoon, thirteen asked for either a partial or full manuscript.

It had been a long, albeit exhilarating, day and as the time limit approached, I was ready to head for McSorley’s for a cleansing ale or two. Many of the agents had departed the pitch rooms by then, but Victoria Skurnick of the Levine/Greenberg Agency wasn’t one of them.

I’d been discouraged earlier from joining her line because it had been so long, but now she was alone, gathering her notes as the time limit for PitchFest approached.

After graciously agreeing to hear my offering, Victoria asked for the full manuscript. Last month, she called to tell me she was delighted with the novel as written and a contract was in the mail.

I was lucky. But I was also prepared and ready to go to Plan B as the situation required. The two manuscripts I had in my quiver for PitchFest were the result of many years of work and not a small expenditure of money. Both had been professionally vetted for grammar by a veteran proofreader of the Kansas City Star and for literary quality by a creative writing professor and Alan Rinzler, who has worked with Clive Cussler, Tom Robbins and Hunter S. Thompson. A good pitch means nothing if there is not a grammatically clean and strongly plotted story to follow it.

Of all the conferences I have attended, and there have been many good ones on both coasts, ThrillerFest has proven to be the most valuable. I say that not only because I obtained a fine agent through it, but because of the superior quality of instruction during the CraftFest segments and the opportunities to meet so many top-notch writers and agents in the various social settings. I did not sign up for the ThrillerFestpanel discussions this year, but will not make that mistake in 2013.

As a postscript, some of the best advice on pitching came from Katherine Sands, who preached that it’s a crime for a would-be writer to minimize one’s gifts. “Modesty,” she said, “benefits no one in this business. You must be an impassioned ambassador for your work until you get a professional one.”