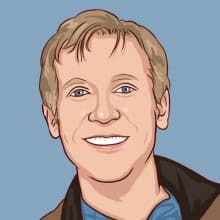 “Richard! You’ve finished the manuscript for Collector of Secrets, so why aren’t you trying to find an Agent?” Those were the questioning words spoken over lunch by my friend Keren Deere (www.writegirl.org) back in 2008. I regretted vaguely replying that it all seemed too daunting, as that prompted a blistering lecture… (seize the day).

Never give up. Never say die.

“Richard! You’ve finished the manuscript for Collector of Secrets, so why aren’t you trying to find an Agent?” Those were the questioning words spoken over lunch by my friend Keren Deere (www.writegirl.org) back in 2008. I regretted vaguely replying that it all seemed too daunting, as that prompted a blistering lecture along the lines of ‘carpe diem’ (seize the day).

Keren and I have laughed about that moment since, but it was the catalyst for finding the 2008 Thrillerfest event (along with the second year of Agentfest).

So, once registered, the next question to be answered was how to stand out from the crowd when competing against a room full of talented writers with just three ticking minutes on the clock? My answer came in the form of Clayton Goodfellow (talented documentary film maker – www.GeorgiaStreetMedia.com) who has mastered this particular black art.

Clayton not only assisted in developing a graphical postcard (with attached flash drive), but helped create a killer ‘hook’ and intriguing ‘pitch’. Who needed three long minutes? With his guidance less than sixty seconds was needed for delivery, and over a dozen requests came quickly for the full manuscript.

Soon, I was signed with the amazing Jennifer Weltz of the Jean V. Naggar agency, who stuck with me (when even I’d lost faith) as she diligently and patiently worked for 5 years to find Collector of Secrets a good home.

My eventual oasis came in the form of Jason Pinter, owner of Polis Books, who published the hardback and e-book in August 2015, and who has proven not only to be incredibly generous with his enthusiasm but also with his time.

So, if you are reading this because you’re trying to work up the courage to go to Thrillerfest and pitch your book, then I say just DO IT. What do you have to lose? Surround yourself with people that will support you, guide you and when needed kick you in the butt. And never give up. Never say die.