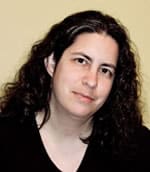 Shortly after completing the first draft of my novel, I somehow stumbled upon ThrillerFest while researching places to submit my work. It sounded great, especially because several of the agents I planned to query were going to be there listening to pitches, but I had some concerns. While I usually can manage to string together…

I Was Surrounded by Kindred Writers

Shortly after completing the first draft of my novel, I somehow stumbled upon ThrillerFest while researching places to submit my work.

It sounded great, especially because several of the agents I planned to query were going to be there listening to pitches, but I had some concerns. While I usually can manage to string together somewhat intelligible sentences on the page, I’m a shy person who often comes off quite the opposite whenever I find myself in new places surrounded by a bunch of strangers. Plus I get lost extremely easily, and while New York City is not too far from me, I had never been there alone.

But, I decided it was just too good of an opportunity to pass up, so I juggled my finances and signed up for both CraftFest and PitchFest. Then, determined to pitch a polished novel, I dove in and started editing it, finishing my final draft right at the start of July.

And then off to the Fest I went.

I needn’t have worried about, well, anything. Finding the place was easy…I hopped on a train to Penn Station, followed the crowd up into daylight and right to a line of cabs waiting to drop me at the front doors of the Grand Hyatt. My nervousness about talking with strangers at the conference?I didn’t find any. I was surrounded by kindred writers, many as nervous as me, and never once found myself feeling out of place or having no one to chat with. Pitching my novel? Okay, well there was that one incident…

While getting up from the table of the first agent who asked for my full, I got my foot tangled in the tablecloth and nearly spilled his water on him. But after a nervous apology, I scurried off, and it only got easier from there. All of the agents were really nice, even the ones who said “No,” and by the end of the day I had several requests for material – including one from Ms. Gina Panettieri of Talcott Notch.

Even if I hadn’t gotten requests, the trip would have been worth it for CraftFest alone. The classes were all taught by esteemed agents like Donald Maass and talented writers like Steve Berry – from whom I even learned that I use the word “well” way too much in my writing. In fact, I learned so much that I’m hoping to return for more classes this year. Why not return for PitchFest too? No need, thanks to PitchFest 2012. Six months after the conference, I received an email from Sara D’Emic of Talcott Notch informing me that Ms. Panettieri had handed my manuscript over to her – and after a phone discussion about some changes she envisioned – Sara offered me rep. Seeing that Sara and I agreed on the revisions, and that Talcott Notch was amongst the top five agencies that I felt would be the perfect match for my novel, I readily accepted.