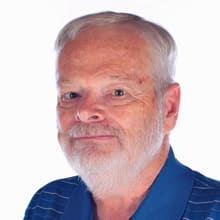 Wow! Did that just happen? Exactly two weeks from the day I attended PitchFest, I hung up the phone after being offered representation. Liza Fleissig is going to be my agent. And the best news is not only did I get an agent, I got the agent I really wanted. Liza was my first choice going into PitchFest.

I Got the Agent (and Editor) I Wanted

Wow! Did that just happen? Exactly two weeks from the day I attended Pitchfest, I hang up the phone after being offered representation. Liza Fleissig is going to be my agent. And the best news is not only did I get an agent, I got the agent I really wanted. Liza was my first choice going into PitchFest. And, she was my first choice after I finished my pitches. Things couldn’t have gone better.

Before I talk about how that happened I know many of you would like to hear about Thrillerfest. 2014 was my first time at this incredible conference and it didn’t disappoint. It was easily the best writers’ conference I had ever attended. There was no doubt tremendous time, thought and effort had been put into making it into the incredible experience it is. The classes and panels were great, as were all the other activities. I volunteered and was thrilled I did. My wife and I met many well-known writers. Every time we turned around, another one was standing there. They were all so down-to-earth and supportive. It was clear they wanted to see all of us succeed. Writers Jon Land and Kathleen Antrim taught a class on making pitches the day before PitchFest. Unbelievably, when the class was over, both spent the next six hours working one-on-one to polish our presentations.

One of the best things at Thrillerfest is the friends you make with other aspiring writers (make sure you bring a stack of business cards to exchange). I email frequently with many of them.

You learn many things. For example, at a panel of agents and editors the unanimous opinion was they preferred you don’t hire a professional editor before submitting to them. One of the best things I learned is that agents and editors really are just people. They are no different than any of the rest of us. Despite rumors to the contrary, not one had horns, fangs, or fire shooting from their blood-red eyes.

If this is your first year at Thrillerfest you probably want to know about PitchFest. It is as described on the website. You get in line, wait your turn and make your pitch. Some didn’t take the full three minutes, some lasted longer. Make sure you read Shane Gericke’s FAQs and Jon Land and Kathleen Antrim’s advice in the PitchFest section of the website before coming to the conference. Prepare a Single-Page Summary with your picture using the format Shane has at the end of his FAQs (some agents will want it, some won’t).

If you are serious about seeing your novel in print the key to success at Pitchfest is to start preparing before you get to New York. First, and I cannot stress this enough, you must have a finished, well-polished manuscript. If you have one nearly completed, you might still want to pitch as long as too much time does not pass before you submit to the agents. An agent can only sell a finished novel and will rarely, if ever, look at partials.

During your pitch you will likely be doing most of the talking, so you should prepare supporting statements about your work. If your bio is relevant make sure you tell them early. If you’ve placed in writing contests or have other accolades, get that in. Tell them what your story is about, who the main characters are, and why they should want to read it. Make sure you spend significant time researching the agents. Create a list of agents to speak with and prioritize it before you get to New York.

On to PitchFest: Thursday, July 10, 2014, 1:50 p.m. – I’m standing in line with all the others waiting to enter the rooms. Strangely enough, I’m not nervous. I attribute that to feeling well prepared. As a writer of military thrillers, I know I won’t get a yes from all of them. I just hope to get some. The first pitch goes fine – the agent asks for 100 pages. I move to another agent on my list and wait my turn. That basically describes the entire afternoon. Move, wait your turn, pitch, move, wait your turn, pitch. At 5:30 I drag myself out of the last room with mixed emotions. I didn’t get to everyone I wanted to speak with, more left at 4:30 than I had expected and two of my favorites are gone before I get to talk to them. As it is I end up getting seven out of nine wanting materials. Not too bad, especially when three of the seven ask for full manuscripts. But the best news is that two of the three wanting the entire thing are my top two choices.

I email out the requested materials the next day (don’t bother bringing printed copies of your novel or sample chapters to the conference, everyone will want it emailed).

The day after PitchFest an extremely well-respected editor from a major publishing house I met at a conference years earlier was on one of the panels. I’d taken 2nd place in the conference’s writing contest and he’d asked to see the manuscript. Three months later he called. He loved my novel and wanted to acquire it. His comments were unbelievably complimentary (I definitely mentioned that during my pitches). Ten days later, he called to tell me his publisher had turned it down (I tried not to mention that). Anyway, after the panel ends, I go up and reintroduce myself. The next morning we have breakfast together. I thought he still had the same publisher so I didn’t ask him to look at it again. We had an enjoyable breakfast and that was the end of it. After I return home I discover he now works for a different publisher. So I get up the nerve and email asking if he would consider a second look. Ten minutes later the answer comes – yes.

I let Liza Fleissig know. I understand, however, that just because he wants to look at it won’t be enough for an agent to sign me. But it does move me to the top of Liza’s list to be read. She uses former editors and agents as her readers. She then does something extremely smart – she gives my military thriller to two women who hate military thrillers. When both come back with positive comments, my phone rings and I have an agent.

It takes Liza about five weeks to get to my novel and edit the manuscript. Thankfully the edits aren’t too significant and it only takes me four days to get it back to her. With my rewrites complete, she offers the editor an exclusive.

Now for the great news! In late October 2014, just 15 weeks after PitchFest, my phone rings. It’s Liza and she’s making the phone call all agents love to make. She’s sold my book to the editor. Penguin Random House wants to be my publisher. She tells me my novel, THE FINAL ACE, is scheduled to be released in paperback but if they like the rewrites they are seriously considering a hardcover release. No word on a release date yet, but it probably won’t hit the bookstores until at least Spring 2016.

How wonderful is that? Not only did I get the agent I wanted, I also got the editor I wanted. I am absolutely thrilled to be working with both. And it would not have happened without the wonderful people at Thrillerfest.

If you want the same opportunity, you need to come to next year’s Thrillerfest, prepared and ready. Say hello when you do, and we can definitely exchange business cards.