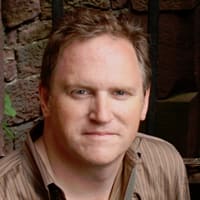 I had been writing novels and attending writer’s conferences for many years, but it wasn’t until I attended ThrillerFest / PitchFest that I found a real agent and received a publishing contract with a major New York publisher. Here’s how it happened: In the past, I had been to a variety of writer’s conferences throughout the country, attending all sorts of workshops…

I decided to get serious and give PitchFest a try.

I had been writing novels and attending writer’s conferences for many years, but it wasn’t until I attended ThrillerFest / PitchFest that I found a real agent and received a publishing contract with a major New York publisher. Here’s how it happened:

In the past, I had been to a variety of writer’s conferences throughout the country, attending all sorts of workshops and pitching my manuscripts to various types of agents. I was working on a new novel called “Serafina and the Black Cloak” about a strange and unusual twelve year old girl who lived secretly in the basement of Biltmore Estate, a vast Vanderbilt mansion in the mountains of Asheville, North Carolina. After completing the manuscript, I decided to get serious with it and give PitchFest a try. I flew up to New York, studied the list of agents, and picked the ones I thought would be most receptive to a spooky, historical, mystery-thriller for young readers.

One of the things I loved about PitchFest is how intense, time-efficient, and concentrated it was. Someone had told me, “I know pitching your story to an agent is intimidating, but try to pitch to at least two or three agents to increase your chances.” Hoping to increase my chances even further, I ended up pitching my story to ten agents in one day. Amazingly, all ten were excited about my story and asked to read the manuscript! I picked the person who appeared to be the best, most effective of those ten agents (Bill Contardi of Brandt & Hochman) and sent him the manuscript. He read it over the weekend and called me on Monday morning to tell me he wanted to represent me. A few months later, we landed a contract with Disney Hyperion.

Two years later, when “Serafina and the Black Cloak” launched, it became a New York Times Bestseller in the first week and remained there for 20 weeks. It’s been a major success. I now have publishing contracts with Scholastic (school paperback), Random House (Audiobook), and translations/publications all over the world. And most excitingly, Disney Hyperion has acquired two more books for the Serafina series! After struggling as an aspiring writer for many, many years, it has all been a dream come true. And there is no doubt in my mind that ThrillerFest/PitchFest was instrumental in making it happen.