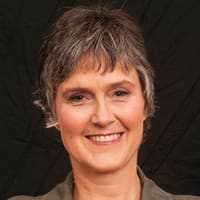 I am where I am today as an author because of Thrillerfest.

I first attended Thrillerfest in 2015. I remember landing at La Guardia airport and being absolutely terrified to be in New York city alone and headed to a conference with some of the most successful authors in the world.

I came back with a new book

I am where I am today as an author because of Thrillerfest.

I first attended Thrillerfest in 2015. I remember landing at La Guardia airport and being absolutely terrified to be in New York city alone and headed to a conference with some of the most successful authors in the world.

I needn’t have worried. As soon as I arrived at the conference, I was amazed (astounded) at the open, supportive, and friendly atmosphere. I remember speaking with David Morrell before the Debut authors breakfast and being completely star-struck and charmed by him. He later introduced me to Nelson DeMille and I was shocked to be meeting such renowned authors.

I pitched to eleven agents that year and eight said yes to the manuscript. None of them ended up saying yes after I submitted and I distinctly remember one of the agents who said no, saying that the story was too ‘small.’ I was hurt and devastated but after going home and licking my wounds I understood what she was saying.

I also had gone home with an understanding of what it meant to be an A-list author after having observed the ones I had seen at Thrillerfest.  I knew I needed to up my game if I wanted to be a published author.

Two years later I came back with a new book. I pitched to eight agents and one editor. All of them said yes, and within one week of sending the first 50 pages to Tara Gavin at Kensington Books, I got a detailed email about changes she would need to reconsider the manuscript. Within a month I had made those changes and sent it back.

Six weeks later I sent a follow-up email. When I still hadn’t heard the following June, I registered for Pitchfest again. A week before I was to attend the conference, I received an email from Tara saying she was interested in the book and wanted to meet while I was in New York. Wow. Meeting with my New York publisher. That was something that only happened to other people.

That week at Thrillerfest was one of the most incredible of my life. It started with being selected as one of the winners of the The Best First Sentence Contest. That honour was nothing in comparison to the email I received the next day with Kensington Books offering me a three e-book deal.  It still felt like this was something that happened to other people.

After a quick re-adjustment on my strategy, I spent Pitchfest looking for an agent. It was an unexpected position to be in and it felt strange to all of a sudden be in the driver’s seat. It  helped that my feet had yet to touch back to the ground after the offer. I spent the rest of the conference speaking with agents and experienced authors to figure out my best course of action. It was the perfect place to be when having to make a decision on first whether I needed an agent and second which one it would be.

With the cards from many agents in my hand, I returned home and spent the next few weeks making my decision. Without exception all of the agents were kind, helpful and didn’t put any pressure on me to choose them. It was a relief to finally make a decision and I will be forever grateful to Tara Gavin at Kensington Books for having faith in the series and to Gail Fortune of Talbot Fortune Agency for helping me navigate the world of publishing.

My first book, The Gatherer is to be published in September 2019.