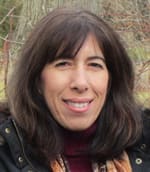 I’m a writer, not a salesperson. I’d rather work on my novel every day for a year than spend one hour writing query letters. As it turns out, that’s about the ratio I set while writing my novel, THE COLONY. After working on the book for five years, I sent out a meager 26 letters and received seven flat-out rejections, 14 requests for…

Finding Success at PitchFest Means Never Having to Query Again

I’m a writer, not a salesperson. I’d rather work on my novel every day for a year than spend one hour writing query letters.

As it turns out, that’s about the ratio I set while writing my novel, THE COLONY. After working on the book for five years, I sent out a meager 26 letters and received seven flat-out rejections, 14 requests for manuscripts, five requests for rewrites . . . and not one sale.

So two years ago, when a friend told me about PitchFest–it’s like speed dating with 40 top agents!–of course I signed up.

ThrillerFest 2009 was exhilarating. CraftFest was fabulous. I also made some nice writer-friends and met some of my favorite authors. But when it was time for PitchFest, my mind turned to soup. I sounded like a babbling idiot, at least for the first 10 pitches.

At the top of my list was Peter Miller of PMA, since he represents both books and film and I have a number of novels and screenplays. Thankfully, his line was so long I waited until the end of the day to pitch him. By then I had untied my tongue. I left PitchFest with nine requests for partials in my pocket, including PMA. I mailed out my chapters–and one by one watched the rejections come in. By January, only PMA asked to see the full manuscript. It was my first choice, so maybe it was fate. Then in June, with ThrillerFest 2010 fast approaching, I called PMA and was told the book was getting positive feedback and they would let me know soon. I decided to attend ThrillerFest 2010 and ambush Peter about my manuscript. Thanks to PitchFest 2009, I was now a pro at pitching THE COLONY.

Again, Peter had the longest line at PitchFest and I found myself avoiding him. After all, he was my best shot and what if he passed? So I practiced some more pitching, which by now was kind of fun. In a few hours I had a dozen interested agents and Peter was the only one left to approach. He was sitting with his associate, Adrienne Rosado, while listening to pitches and at the same time making deals on the phone and jotting down appointments. He reminded me of the super-agent you see in movies talking on three telephones.

When I finally got to his table, Peter listened to me intently with the friendliest smile. I felt like I had a winning lottery ticket. Then Peter looked confused and said, “The Colony? No I never read it.” I wanted to curl up into a ball. But then Adrienne was beaming at me–“Oh, you wrote The Colony? That was great! The whole office is talking about it.” Peter gave her a look like, Why didn’t anyone show this to me? In a flash, he called his office and talked to someone for three minutes, before announcing to me: “This is Adrienne Rosado–she’s going to be your manager.”

Adrienne sent the manuscript to a dozen publishers, and right away there was good buzz and interest from three of them. A contract from St. Martin’s Press arrived within a couple months. THE COLONY will be coming out in March, 2012 . . . and I’ll never have to query again.

I recommend PitchFest to all aspiring authors who, like me, dread marketing themselves. It might hurt for a second, walking into that room full of top-drawer agents, but think of it as ripping off a Band-Aid fast, as opposed to a slow peel.

A.J. Colucci lives in northern New Jersey with her husband and two children. Her first novel, a science thriller entitled The Colony, will be published by St. Martin’s Press in spring 2012.