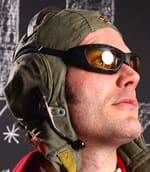 PitchFest 2011 wasn’t my first attempt to garner the attention of an agent. And, if I’m any measure, I’d bet many of the authors who attended tried for years before deciding to see if meeting agents face to face makes a difference. I’ve been writing for seven years. Graphic novels, novels, new media writing and in several genres. I’ve really committed. And submitted.

Face to Face Makes all the Difference

PitchFest 2011 wasn’t my first attempt to garner the attention of an agent. And, if I’m any measure, I’d bet many of the authors who attended tried for years before deciding to see if meeting agents face to face makes a difference. I’ve been writing for seven years. Graphic novels, novels, new media writing and in several genres. I’ve really committed. And submitted. Let me tell you, face to face DOES make all the difference.

Seven years ago most agents made me send in Self Addressed Stamped Envelopes with my snail-mail query letters—that’s right, I had to pay to get my form rejection. As a Canadian author, just getting my hands on American stamps was a challenge. Even after having several of my graphic novels published, success with HURAKAN selling to a great independent press, and doing new media work with a major publisher, I still couldn’t seem to get my book into the right hands. I was willing to accept that my early work wasn’t strong enough, but my most recent novel, THE TERMINALS, was already optioned for film and to be published in graphic novel format.

It was time to invest in PitchFest.

And it is an investment. Having four daughters and coming from Ottawa, it takes a lot of monetary and family support to enable me to gallivant off to NYC. But I added up all the time I’d spent crafting query letters, personalizing notes, researching the right agents, printing and expediting manuscripts, etc. and the decision made itself.

This December, after pitching her at PitchFest, I received a request to speak on the phone with Literary Agent Gina Panettieri, President of Talcott Notch Literary Services. Under her wing ever since, I have revised and revised and the manuscript rocks. I couldn’t be more ecstatic.

But I’ve skipped the best part! PitchFest was nerve rattling …

Despite having honed my pitch at the CraftFest workshops and researched the top agents and agencies I felt would be a fit, my mind drew a complete blank as the countdown to PitchFest began. For the first few moments when the doors opened and I stood at the very back of what seemed like a herd of authors, it was as if I was being corralled into a slaughterhouse; I was a dumb cow ready for the bolt gun and the room full of agents prepared to carve my pitch into cubes of stewing meat.

So with total disregard for my carefully prepared list, I went to the first free agent I saw. In retrospect, a good plan. My delivery was terrible. Little did I know, however, I had time to loosen up.

In all, I pitched seventeen agents. SEVENTEEN! And had fourteen requests to see what I had. Some requests were for partials, but most for full manuscripts.

While writing this, my spell check corrected PitchFest to Pitch Feast. How apt. It was a feast.

I’ve had good experiences on and off the Internet with agents, but PitchFest is in a class by itself.PitchFest 2011 wasn’t my first attempt to garner the attention of an agent. And, if I’m any measure, I’d bet many of the authors who attended tried for years before deciding to see if meeting agents face to face makes a difference. I’ve been writing for seven years. Graphic novels, novels, new media writing and in several genres. I’ve really committed. And submitted.