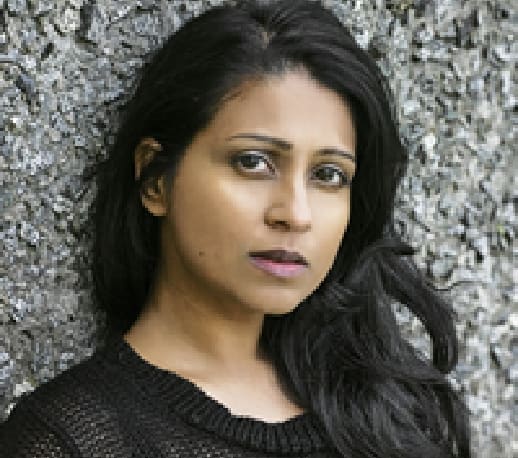 About two years ago, I was working as a TV researcher for a crime drama series when an idea began to form for a project of my own. A dark, psychological suspense novel. I’d never written a novel before, but the idea wouldn’t let go and I found myself at a crossroads. In a moment of righteous conviction, I took the least logical path available. I quit my job…

About two years ago, I was working as a TV researcher for a crime drama series when an idea began to form for a project of my own. A dark, psychological suspense novel. I’d never written a novel before, but the idea wouldn’t let go and I found myself at a crossroads. In a moment of righteous conviction, I took the least logical path available. I quit my job and moved across the country to Vancouver, because this is where my story would be set. I had no employment prospects on the West Coast, no money, no friends, nothing but the drive to write.

For the next year, I took day work in the film and television industry to make ends meet, ate out of cans, pocketed food from set. One week I had nowhere else to go so I lived in a tent. I’m told some people do this for fun. I am not one of them.

It wasn’t easy, but I wrote every day. Almost a year later I had a complete draft of my manuscript. I called Robert Rotenberg, a wonderful writer that I’d known for years, for advice on the next steps. He told me great, Pitchfest is just around the corner. Go to New York and meet some agents. I couldn’t afford the trip, but I made it anyway. Because I’m committed to my insanity.

At Pitchfest, all nine agents I spoke with requested material.

Most of the day was a blur, but I remember my initial meeting quite clearly. I was the first person waiting for Miriam Kriss from Irene Goodman. She was a few minutes late, but I didn’t move on. I can’t quite explain it, but I felt strongly about her before I even met her so I sat at her table and waited for her to arrive. She came in like a tempest, with her hands full and her beautiful hair in disarray. Something clicked between us during our conversation, and Pitchfest was over for me then. I could have dropped the mic and walked away.

I sent Miriam my opening chapters the next morning and within an hour she asked for the complete manuscript. Six months later, I had multi-book deals with Harper Collins, Bonier Zaffre, JC Lattes and Ullstein. My debut novel, the first in a trilogy, will be released in 2017.

Before I found myself at that fateful junction two years ago, debating whether or not to take a risk, writing was a gift that I gave to myself in stolen moments. Those moments are not stolen anymore. Largely due to the support of Robert, Miriam, and the ITW, writing is what I do now. Minus the tent, thankfully.