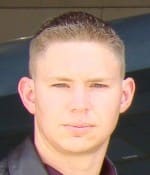 I was angry for a long time – as my insanely patient wife and a bloodied punching bag in my garage will attest.In 2008 I was God’s gift to covert ops thrillers, a Stealth Bomber pilot with a Top Secret clearance and a gift for writing (we’re in my head here, not reality, so parts of that sentence aren’t really true).

A Gold Mine of Learning

I was angry for a long time – as my insanely patient wife and a bloodied punching bag in my garage will attest.

In 2008 I was God’s gift to covert ops thrillers, a Stealth Bomber pilot with a Top Secret clearance and a gift for writing (we’re in my head here, not reality, so parts of that sentence aren’t really true). Imagine my surprise when not one agent bothered to even consider my 175,000-word masterpiece.

Lesson 1: If the opening line of your query letter includes “175,000-word thriller,” you might as well open with “I’m an amateur who is too arrogant to have done my research.” That’s what it screamed in my case, and it was true.

With a growing stack of rejections, I began to rethink my strategy. I may also have said some things about the profession of literary agent that my pastor would not appreciate – no swear words though, I have a thing about foul language.

Anyway, now it’s the fall of 2009 and I, an angry person who spat every time I said the words “literary agent,” chose to query small publishers instead. By the grace of God and His grace alone, I happened to choose one that was recognized by ITW, an organization I had never heard of. Therein lies the blessing.

Lesson 2: The key event in this success story is not my getting published by a small press that accepts unagented manuscripts. It is my attendance of ThrillerFest. The very fact that you are here on this website means that you are light-years ahead of where I was at the end of 2009.

I have slogged through nauseating muck beneath barbed wire while angry cadre screamed obscenities and insults that would make my mother faint. I have been dragged for miles through seaweed by Special Forces operatives that could eat me for breakfast. I have endured a number of events that took me down a notch, but I didn’t begin to learn humility until ThrillerFest 2010.

I sat down at the Debut Author’s Dinner on night one and felt like a complete fraud. Here were people who had studied, worked, suffered. They had forgotten more about writing than I ever knew. I had two nice blurbs from a gracious bestseller and a review publication, but these men and women were the real deal. Worse, there were two literary agents at the table and they were real, no kidding human beings who cared about writers. I learned that like a first responder at the scene of a horrible accident, agents have to perform triage. Time is short and they help who they can. My own arrogance had put me among the ranks of the too-far-gone-to-save. I had to eat every angry word of the last two years.

The next day, I sat down for my first course, taught by David Morrell – the creator of Rambo. Oh how my eyes were opened! ThrillerFest is a gold mine of learning. And the people! From aspiring authors to number one bestsellers, everyone treated me like a colleague, like a fellow soldier in the epic battle to make a career out of writing.

Lesson 3: Volunteer! I jumped in to volunteering that night for a selfish reason. I was feeling like a fraud and lifting heavy things makes me feel better about myself. Again, this was a blessing from heaven. Volunteering gave me a chance to meet more of those wonderful people that I mentioned – in particular, Kimberley Howe and Elizabeth Berry. These two took me under their wings and gave me encouragement that I desperately needed.

I went home from ThrillerFest 2010 on fire. In the next year, I gobbled up every ounce of craft that I could find and poured it into my next manuscript. By the summer, I was ready for PitchFest 2011. Then my unit dropped a bombshell. We were mobilized. They could not spare me. To make a long story short, one of my squadron mates canceled his own leave so that I could go to New York. I owe him and his family so much. I made it to PitchFest, pitched fourteen agents, and got eleven requests for pages or a full.

Not one of those agents picked me up.

Lesson 4: PitchFest can become your success story even if you don’t get picked up by the agents you pitch.

Here’s why: Three of those agents – Lucy Carson, Jason Yarn, and especially Scott Miller, took the time after PitchFest to give me constructive criticism. That generous criticism helped me write a novel that finally earned a life changing call from Harvey Klinger, a dream agent.

The angry guy is gone. Replaced with someone who can’t believe God’s blessings. SHADOW CATCHER will release from Berkley Books in October 2013. I cannot overstate the impact that ThrillerFest and the people that make it happen have had on my life.