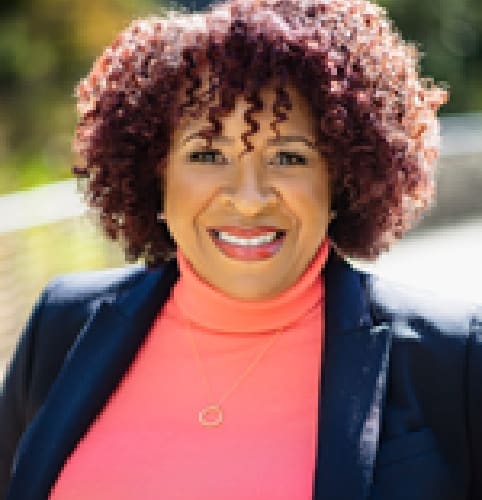 Nearly ten years ago, I finally decided to put pen to paper (or rather, fingertips to keyboard) and wrote what Stephen King so aptly calls a “shitty first draft” titled, “The Good Guys.” After reading it a few times, the “smell” was so bad that I decided to put away my dreams of writing for good. I went about my life…

A Conversation With A Friend

Nearly ten years ago, I finally decided to put pen to paper (or rather, fingertips to keyboard) and wrote what Stephen King so aptly calls a “shitty first draft” titled, “The Good Guys.” After reading it a few times, the “smell” was so bad that I decided to put away my dreams of writing for good. I went about my life and my “real job” trying to forget that book or my nagging desire to create stories.

Several years ago, I had a health scare. Suddenly, I saw my life from a different perspective. So, I did what any other self-respecting person does when they realize that they are mortal and the days ahead should be filled with purpose⸺I decided to follow my dream and I pulled out that manuscript, again. This time when I read it, I moved past the “smell” and tried to understand the real story I was trying to tell.  And that story and those characters took up residence in my head like cockroaches in a cheap motel. They came out at night in the dark when I tried to sleep, or when I sat in the ever-present stall of Atlanta traffic or an office meeting that ran on far too long. Anytime I had a spare corner in my brain, that story and those characters rambled around in my head. I started to tinker with the novel again.

And that’s where ITW comes in. I attended my first Thrillerfest conference in 2015 on the recommendation of a writer friend. The first time I walked into Thrillerfest, I was like a shy kid on the school playground. I met a few people, but I spent the majority of my time gawking and geeking out at the warmth and friendliness of writers whose work I’d always admired. I loved how they mingled and offered words of advice. And I told myself one day …

Before I attended that first conference, I challenged myself to do something I never thought I would do. I entered the Thrillerfest Conference’s Best First Sentence Contest. Baby steps folks – I wasn’t quite ready to let someone see the whole darn thing. On the day of the conference when the winners were announced, I sat up in my chair a little straighter, a little prouder because I had submitted what I believed to be a spectacular first sentence. They called out the winners and my name … was not among them! I was heartbroken.

But I didn’t stop writing. I kept working on my manuscript and I learned to listen to those characters in my head as they helped me figure out a plot to build around them. Also, I took writing classes and honed my writing skills. I joined writing communities. I devoured craft books. I learned about story structure and pacing and anything else having to do with creating engaging stories.

The next year rolled around. This time, I registered for the conference, signed up for Pitchfest and I entered the Best First Sentence contest again. This time when they called the winners of the contest, my name was among them!

I was riding a high at the 2016 conference too, because every agent I pitched to requested either my partial or full manuscript. My pitch was working, and my premise wowed the agents. I rode that high all the way back home to Atlanta and promptly emailed the manuscript requests to “waiting” agents. Almost immediately, my inbox started to swell with rejections. Some agents offered form rejections, some agents offered kind words about the great premise of my book, along with the dreaded words, “… I did not fall in love with this story as much as I had hoped.”

So, what to do now? Keep writing!

After a ton of revisions, I applied to the Yale Writers Workshop using an excerpt from my manuscript. Miracle upon miracles, I was accepted. I learned as much as I could from that experience. I entered Pitch Wars, an online mentoring contest where I worked with a wonderfully generous author, Wendy Heard, who taught me so much. I continued to expand my writing community by joining groups like Crime Writers of Color, Sisters in Crime and Mystery Writers of America.

Looking back now, I realize that my manuscript wasn’t ready in 2016. It didn’t dig deep enough. It wasn’t telling the story on paper that I’d conceived in my head.

Fast forward to 2019. With no deadly pandemic in sight, I traveled back to New York City to attend Thrillerfest XIV. I was armed with a thoroughly revised manuscript, including a new title, The Elephant Fighter, a bigger and better pitch along with an entry pass for Pitchfest.

Have you ever wanted something so bad that when you finally get it, you almost can’t remember how it all came about? That was me the afternoon of Pitchfest 2019. I’d pitched to a number of agents before I met a woman in that room who would help me make my dream of becoming a published author come true, but I can’t remember the specific details. I do recall I had narrowed down my dream agents to two. Lori Galvin of Aevitas Creative Management was one of them. Lori’s bio was one of the few that mentioned she was looking for women’s fiction and thrillers. I had both genres wrapped up in my manuscript. I decided to go to Lori’s table first. Her line was loooong. But it was either standing in her long line or standing in the long line of my other dream agent. I decided to stay put.

When I saw the woman in front of me start to gather her belongings and rise from the chair, I knew it was showtime! My stomach tumbled once before I stepped up to the table, introduced myself and shook her hand. She smiled and said, “So tell me about your book.”

For the next few minutes, I talked to Lori as if I were having a conversation with a girlfriend about some people we knew who did some really awful things. Only the people we talked about were the characters in my manuscript and the really awful things they did was the plot of my book. When I was done. She said, “WOW! That sounds really interesting. Send me the full manuscript.” She handed me her business card and I skipped away from her table so excited, I completely forgot to go stand in the line of the other dream agent! I waltzed out of Pitchfest on a cloud and headed straight to the hotel bar to celebrate my good news with friends.

A week later, I hit the send button on my queries and manuscript requests. I told myself, I would only check my email once a day, after 4 pm. But the very next day, I was sitting in the parking lot of my son’s day camp. It was 3:15. That was close enough to 4, right? I opened my email and there it was. An email from Lori Galvin:

I am LOVING The Elephant Fighter. Could we set up a phone call tomorrow afternoon …

Tears welled up in my eyes before I could finish reading her email. While other agents showed the same level of interest in my manuscript, it was something about that first conversation with Lori and her vision for my book that made me know she was the agent that could best help me in the long game of my writing career.

And Lori has been the dream agent I had hoped for – patient, funny, blunt when needed, and a fierce believer in my book. Her keen editorial eye was exactly what my manuscript needed to take me to the next level. I am blessed that ITW and the wonderful folks at Thrillerfest brought us together. Thank you.

In August of this year, Lori moved my journey forward by taking my book to auction and securing a two-book deal with William Morrow publisher. I am now working with a phenomenally talented editor, Asante Simons, who believes in my book as much as Lori and I do.

And to think it all started with me having a “conversation with a friend.”

Wanda Morris is a corporate attorney and the author of the forthcoming thriller, The Elephant Fighter, slated for publication in Fall 2021. She won the ITW’s Thrillerfest Conference Best First Sentence Contest in 2016. She has studied at the Yale Writers Workshop and Robert McKee’s Story Seminar. She is a member of Sisters in Crime and Mystery Writers of America.