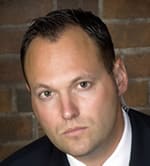 When I registered for the 2013 ThrillerFest last February, never in my wildest dreams did I think I’d be signing with an agent before the event was over. I was confident the agents would like my pitch but never did I expect to hear from one of them only a few hours later. It was surreal…

The Trick is to be Prepared

When I registered for the 2013 ThrillerFest last February, never in my wildest dreams did I think I’d be signing with an agent before the event was over. I was confident the agents would like my pitch but never did I expect to hear from one of them only a few hours later. It was surreal…actually, when I think about it, it still is.

There’s already enough information available about the actual PitchFest and how it’s run, so I’ll share with you my personal story on how I ended up signing with an agent at ThrillerFest. I hope it will help you decide how best to psychologically approach PitchFest.

The first time I pitched my book was at the 2012 ThrillerFest. I pitched to twelve agents and all of them either requested a partial or the full manuscript. So far so good, right? Not really. I had a problem. A big one. My book wasn’t completed. I was still working on the edits. By the time I was confident the manuscript was strong enough to send to the agents who requested it, we were late in January 2013. My gut told me not to send it. The same gut that saved my life twice during my career as a federal agent was telling me to wait until the next ThrillerFest. What did I do? I sent it anyway.

Too much time had elapsed since the pitch. I know we all think we’re special and that the agents will remember us forever, but that’s not always the case. The magic connection you had felt with the agent months before during your three-minute pitch has disappeared. It might still be alive in your heart, but for these poor agents who received between 15 and 50 queries a day, it’s long gone. Mercifully, I’d only sent one full and one partial. The partial became a full but the agent finally passed. I was crushed. I had just lost my only chance with one of the biggest agencies in the business. I was mad at myself for not listening to my gut instinct and decided right then and there to stop submitting my manuscript until the next ThrillerFest. It wasn’t easy and temptation nearly got the best of me. But I resisted the urge. Days, weeks and months were passing by too slowly for my liking. I was dying to start pitching again. ThrillerFest couldn’t come fast enough.

When PitchFest finally came around, I was ready, I was pumped but most importantly, I was confident. There was no doubt in my mind I was going to be successful. I knew I had a good and proven pitch that would attract interest. Nonetheless, like every other author who pitched that day, it would be a lie to say I wasn’t nervous, that I didn’t feel the stress. The trick is to be prepared. And prepared I was. I had spent the previous two weeks analyzing and researching all the agents that were going to be present during PitchFest. I knew which authors they were representing, the style of writing they preferred and what genres they weren’t looking for. I’d also practiced my pitch a dozen times facing a mirror and I had recorded myself to ensure proper intonation throughout the pitch. Like I had done in 2012, I decided to wear a business suit. If you’re wondering why I did that when most of the other attendees were wearing casual clothes, I’ll tell you. Because that’s who I am. That’s how I dress when I go to work every morning, that’s how I feel at my best. Remember, the first ten seconds of your pitch are the most important. You need to capture the agent’s interest quickly. You can achieve that through how you look or with your pitch. I suggest doing it with both. In the short lapse of time you have in front of that agent, you need to convince her/him that you’re marketable, have written an amazing book and that you’ll succeed in this industry no matter what.

So when the go-ahead signal was given at the beginning of the pitch session, I took five deep breaths and walked purposefully into a room full of literary agents. The first seven agents I pitched to requested material. I felt they were genuinely interested but I didn’t feel a real deep connection with any of them. (That’s hard to do in three minutes, I’ll admit.) Ready to move on and inspired by my great start, I scanned the room and saw the waiting line leading to Eric Myers of The Spieler Agency had only six people. I joined the line and consulted my iPhone on which I had stored all the information about each agent. During my research, I found out that Eric’s reputation within the publishing industry was stellar. In addition to having solid sales figures to advance-paying publishers, I also noted he’d worked extensively as a publicist within the motion picture industry. If there was one agent in the room I wanted to impress, it was this one. Once it was my turn, I introduced myself and we shook hands. He looked at my nametag and asked me if I spoke French. I told him I did and I added that it was the language we spoke at home. He then explained to me he had studied in Paris for a number of years and that he was fluent in French. I replied that I had recently returned from Paris where my wife and I had spent a long weekend in the company of our two children. We exchanged a few more pleasantries before I began my pitch.

I started by telling him about my background as a federal agent within my organization’s counter-terrorism unit and how I landed on the protection detail of numerous heads of state. (Tip: always start with something that will force them to pay attention to you.) While he was listening to the pitch, I saw him nod a few times. At the end of my pitch, I let him know I had hired a well-known editor to go through my manuscript in order to correct any mistakes that I could have missed. (Tip: try to conclude with something that will show you’re serious about the craft and the quality of your book.)

Once I was done talking, a few seconds passed where no words were exchanged. Eric finally looked at me and smiled, “Could you send me your manuscript? I’d like to take a look at it tonight.” (Tip: This is exactly why you should always pitch a polished manuscript. You never know when you’ll meet an agent who’s as excited as you about your book and wants it NOW!).

A few hours later, I was having dinner with Ethan Cross, Barry Lancet and Jeremy Burns, three author friends of mine, when I received an email from Eric. To my surprise, he had already visited my website and read a few chapters of my book. He had a couple questions and we agreed to talk more the next day. After exchanging a few more emails, we spoke on the phone and decided to meet Saturday afternoon at the Hyatt lobby bar. We had a great conversation and we both realized rapidly that we had the same vision regarding my book and my career. We shook hands once again, and that’s how I became a client of literary agent Eric Myers of The Spieler Agency.

On May 2nd, 2014, Eric Myers of The Spieler Agency sold Simon’s book in a two-book deal to Lou Aronica at The Story Plant.

“Federal agent and former infantry officer Simon Gervais’s debut THE THIN BLACK LINE, in which a counter-terrorism operative and his wife, working together for a clandestine organization, must risk everything in order to prevent the US economy from total collapse, to Lou Aronica at The Story Plant, in a two-book deal, for publication in 2016, by Eric Myers at The Spieler Agency (World).”